Scope:
Build and launch a fully fledged Liquid Staking Solution on Avalanche and afterwards on Fantom, to democratize staking and create additional income streams for Wonderland in this market.

Objective:
Diversify Wonderland treasury revenue streams by adding liquid staking to our portfolio, in line with Dani’s 2022 vision for the Frog Nation

Provide a High Level Overview:
Frog Nation is growing rapidly: Popsicle Finance is launching on Polygon, and there are proposals on the Abracadabra forum to expand to Harmony and Polygon. Andre and Dani tease us daily about Fantom; Sushi is coming to Avalanche with the charge led by frogs; and we have the upcoming launch of the sports betting platform.

It’s been a wild ride the last few months, but it’s nothing compared to what 2022 holds in terms of growth and diversification for every frog lucky enough to be here. We consider ourselves among them, which is why we are excited to see how liquid staking fits into Dani’s vision. 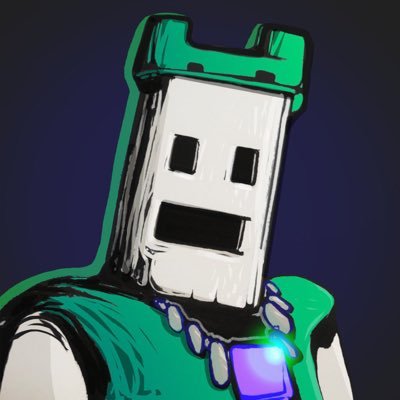 @danielesesta
The last component of our DeFi stack for the Frog Nation is Nodes and staking on the chains where we are active to democratise / distribute further onchain governance. For this reason @Wonderland_fi is in talks to purchase liquid staking technology/team. $TIME

As proof of stake chains grow (and new ones launch every day), liquid staking becomes an even more critical base component to keep capital flowing while also maintaining democratisation of these chains.

Business and/or technical requirements of the implementation of the proposal:

Breakdown of the timeline:

The liquid staking solution assumes a 90:10 split of staking rewards between users and Wonderland DAO. As the bulk of the team’s revenue now arises from revenue share, we propose that it not fall below 2.5% of total staking reward, to protect the team’s downside risk if the DAO chooses to reduce its reward share below this 90:10 split.

Link to Snapshot poll for the proposal:

Morning! A lot has changed in the proposal based on community feedback. At Sifu’s request, I wanted to clarify a couple of points to ensure voters know that, where there’s ambiguity, Wonderland is being protected

Firstly, from the proposal: The liquid staking solution assumes a 90:10 split of staking rewards between users and Wonderland DAO. As the bulk of the team’s revenue now arises from revenue share, we propose that it not fall below 2.5% of total staking reward, to protec…

The snapshot vote is now live!

I just wanted to once again say a huge thanks to the community for the incredible support and feedback that has shaped this proposal throughout.

Let’s go team!!!..this is innovative and will further bring in the revenues needed to grow the whole ecosystem

100% in favour of this initiative, and thankyou for your continued hard work and dedication to our community.

I’m super grateful to all the fantastic work the team is doing. However, the revenue share seems very high. I believe that for the community to feel comfortable with this we would need to get some transparency and rational on this.

Thanks guys keep up the good work and fighting the good fight.

Let’s get this bread

The compensation model is way off.

I propose a FLAT 15% revenue share - AFTER 5% market share is achieved. Not just for doing their job. This should be an incentive once they SUCCEED. Not just turning up.

So they get their fixed income incentives, but they don’t get a revenue share until they’ve achieved the goal of 5% market share. that way we keep them motivated.

Hey @0xWicked - I would be keen to speak to a team member regarding this proposal. I am the BizDev Lead at StakeWise. We currently provide liquid ETH2 staking, but we have recently rolled out a key infrastructure update to provide a multi-chain solution. I think we can be of assistance to you.

I’m available to join a development team, ping me for background

I second this. Current decreasing revenue share doesn’t really encourage the dev team to continue after the 3rd year. 25% REVENUE, not profit, is ALOT for any business. Flat percentages after achieving market share is more feasible.

Also traditional hedge fund management fees are 2% on total assets and 20% on PROFIT ONLY when the fund achieves a certain level of profit. For a project that is supposedly to empower individual financial freedom, this 25% REVENUE share seems a bit too high and slightly hypocritical? Obviously Wonderland Dev team is also building something brand new, which is extremely difficult, but 6M is definitely enough to get started. Just throwing my concerns out there, happy for anyone to provide more insight.

I believe the devs definitely need to be paid very well, as they are providing a premium service and access to alpha normal people won’t have. However all of this is only “potential earnings” / projection / speculation until the devs actually deliver.

The hypothetical 3.375m profit would be from a 6m investment. That’s almost 100% return in a year, if we do in fact achieve 5% capture. The rest of the 824m will be deployed in other investments in the meantime… so the total profits of the DAO will be much larger.
And also worth noting is that the 25% revenue shared is just for this particular liquid staking platform and the team behind it is responsible for all the costs associated with its maintenance. So it shouldn’t be ignored that Wonderland is paying 6m for 75% of pure profits and the Team we are hiring will initially get 25% revenues but thats not 25% profit because they will have costs.

Or the devs could give us a breakdown of how much it would cost to develop this whole thing? For example the number of people they’re going to employ to work on this and their pay out with the 6Million MIM + 25% Revenue Share.

TBH there is not enough information right now for anyone to decide if this compensation model is fair/feasible or not. Would love anyone to share more. I’m not here to bash the project as, like many here also, I’m very invested. Just want to make sure that the investors and the invested alike are being treated equally fairly.

shared is just for this particular liquid staking platform and the team behind it is responsible for all the costs associated with its maintenance. So it shouldn’t be ignored that Wonderland is paying 6m for 75% of pure profits and the Team we are hiring will initially get 25% revenues but thats not 25% profit because they will hav

Noted, thanks for clarifying! This seems much more reasonable.

I like the idea of the proposal, however, as with a few others I have serious reservations over compensation/revenue share models proposed.

We need to know a little more about:

Can we add linear vesting to the payment model based on success?
I am all for paying for work done and paying well but I think we need to find the appropriate ways of measuring success/completion and releasing funds gradually over the development period.

A tiered release schedule based on build progress? Why payouts are triggered via key milestones (think something akin to a build mortgage, where for key stages of a build funds are released to then pay for the next stage.

I believe that all payments should be made through a central DAO controlled contract, with voting releasing the funds.

It would be good to have an incentivized bonus on there, with split delivery where tier 1 delivered releases the first portion of the compensation, followed by successful audit completion by a recognized auditors (e.g. Certiks) triggering the stretch goals.

25/20/15% for the 1, 2, and 3+ platform profits is way too much. Instead I think these should be agreed based on performance of the platform on a yearly basis. Based on the calculations above we’re saying $50M is the the potential revenue so you’re suggesting a payout of $12.5 then $10M and then a further $7.5M every year after that?! I’m not sure these numbers really add up. This suggests that the development team will work for 1 year then never have to work again in their lifetime. I’ll be honest that doesn’t seem like a reasonable share structure more likely 2.5%, 2% and 1% would be more reasonable.

As it currently stands I’d have to vote down this proposal based on the fund allocation and how little information there is currently about the cost/return structure.

Guys, we’re not discussing the terms anymore, we are already voting.

Whilst this has addressed the specific revenue goals and performance targets you haven’t clarified the cost base, to justify the apparently high return the team receives. If you painted a complete and open picture people will be less inclined to drill down into the details IMO. Thanks for your efforts though.

So where do we vote?