Scope: In the spirit of becoming more organized as a DAO not to mention Dani himself has said we should look at being more legit and becoming more like a corporation, this RFC introduces a defined role and responsibilities for Daniele Sesta at Wonderland.

The RFC will focus on two parts to achieve WIP maturity:

If necessary, modify responsibilities and enforcement mechanism before moving to a WIP.

1. Seek out investment opportunities beneficial for Wonderland and present them to the community and/or Treasury Manager.

As outlined in [WIP #7] Daniele Sesta is to advise and strategize in conjunction with the elected Treasury Manager. This includes NO unilateral usage of Wonderland treasury funds.

1.1 Emergency use & Disagreement with Treasury Manager

While it is reasonable to believe Daniele may need to make certain emergency use of the treasury, these should not be made without the Treasury Manager’s consent.

In case of a disagreement with the Treasury Manager, if no compromise can be reached, further consultation should be done with the rest of the team members (if required) to ensure that the involved parties are not being unreasonable.

When judged necessary, the situation may be brought in front of the DAO for final decision. However, any use of funds overruling the Treasury Manager’s objection should be reported to the DAO as soon as possible to implement corrective measures if required.

2. Continue as a member of Wonderland’s multisig.

3. Properly disclose and communicate potential conflict of interest to the team and community to ensure that decisions are not made at Wonderland’s expense.

As shown in the original [DAO Discussion] recent events have the appearance of conflict of interest and should be thoroughly communicated before such acts occur.

4. Ensure/delegate to an elected official the responsibility and implementation of passed Wonderland Improvement Proposal.

5. Ensure/delegate to an elected official the responsibility to ensure plans and strategies are communicated to the community.

6. Promote and coordinate potential collaborations within the Frog Nation ecosystem beneficial to Wonderland

With the possibility of a merge, collaboration, and/or funding round with Abracadabra in the future, clear communication and coordination of any of the before-mentioned is needed. As well as taken through the appropriate governance steps.

Discuss and vote on responsibilities:

It has been suggested that an Enforcement Mechanism be introduced

Rules are only as effective as their enforcement. In the same spirit of becoming more organized and like a corporation, we need checks/balances and consequences if said roles and duties are being overstepped.

However, to remain in the scope of this proposal (defining Dani’s role), it is believe that an enforcement mechanism should be fleshed out in a separate proposal in order to have a proper discussion around it.

Sounds interesting. But how does he feel about that? What sort of form will that take? Ultimately does he get kicked out if he does not comply?

Dani should tell us how many wMEMO he owns. He doesn’t own then I don’t know if he’s with us.

@chrisptaylor & @eyeamryan Dani said in the past that if the DAO wanted him gone, he’d leave.

This proposal is not asking anything he doesn’t already do other than increase the communication with the TM around the use of the treasury to limit the FUD. Think of it like the first proposal to officially put Sifu as TM even if he was already managing the treasury.

As for what if he doesn’t comply, there is no mechanism in place for that currently.

However, to remain in the scope of this proposal (defining Dani’s role), it is believe that an enforcement mechanism should be fleshed out in a separate proposal in order to have a proper discussion around it.

Until then, anyone can start a proposal to get him out at anytime if they are not happy with his actions.

I don’t understand the above comments, Daniele has not stopped working for wonderland from day one, yes he did mistakes but that’s exactly why his role should be defined, more clear roles and better planning and organizing will bring better results !
I think we need to make more clear the points five and six (maybe give examples of what they mean and future decisions/usages?)

Point 1 should have already been in play, however point 1.1 totally wipes out point 1 anyway by giving him veto powers ‘if necessary’. Seems silly, also, there should be a single vote for each point, not a vote for a list where you might not agree with one or more points.

Let’s do it. We shall also enable Dani to do what he can do best for the community.

This is the first step in removal from Wonderland. If you were to try and remove Dani now, there would be no grounds for it. If you setup rules that say Dani can’t do x y or z, and then Dani does it, then you have a documented reason for doing so.

We don’t need to know what will happen if Dani goes outside his role, we just need everyone to agree to what his role is.

As counterintuitive as it sounds a DAO needs a guiding hand and that hand must be unshackled. Defining Dani’s role is all good. However we need to be wary of doing anything that has a chilling effect on his capacity for quick action. Crypto is ever fluid and speed is critical just to stay afloat. 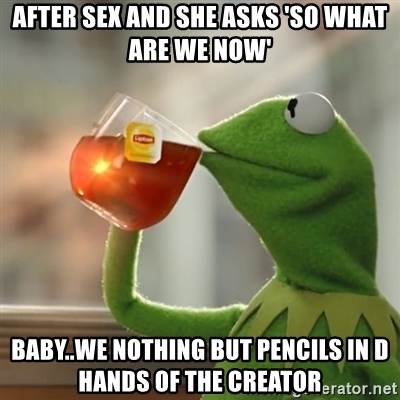 I’m really very surprised we’re currently at a 90% vote for this proposal.
Sure, I was a bit upset that the treasury lost out by the recent shuffling around of money - but have we forgotten already how quickly things can go south if not actioned quickly? The collapse of TerraUSD only highlights the need for to be able to act fast without a huge conversation beforehand.

Danielle is not the kind of guy that will respond well to being shackled down. I’d be very surprised if this proposal hasn’t right royally pi$$ed him off quite frankly.
At the end of the day, without his support and drive we’re going nowhere, IMHO this rule set will stifle that and do nothing but self harm us.

By no means are we trying to limit Dani. Really the only limitation set in this proposal is no unilateral usage of the treasury, TM should always be involved.

This is similar to how Sifu’s role evolved at Wonderland. Yes he already had responsibilities as de facto TM but we went ahead and “voted him in” and defined his role. This is also how we ultimately formally let him go as TM.

All we are doing here is defining to the best of our ability (The WIP will be even more clear and less limiting in language). So in the end if we ever need to we can formally remove him as well worst case scenario

“mistakes”? How do we quantify a mistake that costs us $9M, was the result of unilateral action by Dani on what has been a multi-sig wallet (the issues this alone raises are so convoluted that I don’t even want to begin), contradicted with the judgement of the WL treasurer which we put in place to avoid this type of behavior, netted zero recourse for WL and to this day no discussion has been made as to how to make WL whole other than expecting our TM to trade out of it over time, and most importantly, HOW DID DANI GET AROUND THE CHECKS THAT WERE SUPPOSED TO BE IN PLACE TO PREVENT THIS? Is this is a Banana DAO or what? Any discussions of running the place like a corporation are absolutely insulting until this nonsense is addressed. Dani said he will “leave if the DAO asked him to”? It seems he would still magically reach into the Treasury at his whim to erase a bad trade so what difference would that make? Why doesn’t Dani give WL $9M worth of mSPELL with the emissions going to wMEMO holders? It seems we should settle this before drafting official roles for Dani.

While it is reasonable to believe Daniele may need to make certain emergency use of the treasury,

NO, it is extremely unreasonable to think Daniele may need to make emergency use of the Treasury. I feel like I’m in the Twilight Zone. Where do you come up with these assumptions? The treasury is not Dani’s or anyone’s for that matter. It belongs to wMEMO holders and from what I understand, Dani does not hold any meaningful position, if he holds any at all. So what am I missing???

If you were to try and remove Dani now, there would be no grounds for it.

So you’re telling me losing $9M from an unauthorized transaction is not grounds for referring the matter, let alone removal? So what is the threshold in your view? $100 million? Or total wipeout maybe?

We don’t need quick action from Dani, we need it from the OFFICIAL TREASURY MANAGER. Dani can give his advice, guidance, suggestions, etc… but the DECISION, by default, is the duty of the Treasurer as has been bestowed upon the Treasurer by members of the DAO through the official governance structure. Can Ford’s great great grandson walk into a bank and draw $60 million dollars just because his name is Ford? Is that not Dani’s desire for this to become like a corporation? The circular debates are maddening.

Why don’t we appoint Dani as the Treasurer and be done with this nonsense already. I would support that, I think everyone would. Why drive Skyhopper to insanity? Let’s just get it over with and everyone will be happy. 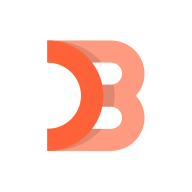 A multi-chain portfolio tracker that supports the largest number of DeFi protocols.

If Dani did not sell at the Luna crash we might had a lot bigger losses? Is that correct or i am missing something?
The fast action from Dani should have been done by our treasurer and his team, which it should be addressed.
I still believe Dani should have clear roles and responsibilities as well as the TM.
TM and his Team should be active 24/7. No sleeping during market crashes they are there to defend WL, and mitigate loses!

Topics has been moved to WIP.

Scope: Daniele has continuously used his experience and expertise in DeFi to lead and push the protocol forward as well as grow and find investments that benefit the protocol. This proposal is an opportunity for the community to officially outline Daniele’s role and responsibilities at Wonderland. Daniele should continue to incorporate his ideas and vision of Wonderland with oversight of official community election. In the spirit of becoming more organized as a DAO, and just as we officially v…