Scope: This RFC is the next step from the Liquid Staking proposal DAO discussion, highlighting the key points raised in the discussion, clarifying issues and changes we’ve made based on community feedback, as well as answering some additional questions to help move the proposal forward.

Objective: Diversify Wonderland treasury revenue streams by adding liquid staking to our portfolio, in line with Dani’s 2022 vision for the Frog Nation

Frog Nation is growing rapidly: Popsicle Finance is launching on Polygon, and the are proposals on the Abracadabra forum to expand to Harmony and Polygon. Andre and Dani tease us daily about Fantom; Sushi is coming to Avalanche with the charge led by frogs; and we have the upcoming launch of the sports betting platform.

It’s been a wild ride the last few months, but it’s nothing compared to what 2022 holds in terms of growth and diversification for every frog lucky enough to be here. We consider ourselves among them, which is why we are excited to see how liquid staking fits into Dani’s vision. 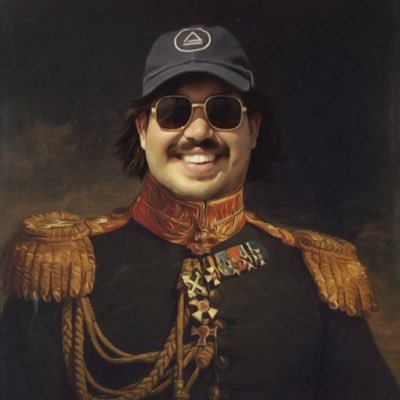 @danielesesta
The last component of our DeFi stack for the Frog Nation is Nodes and staking on the chains where we are active to democratise / distribute further onchain governance. For this reason @Wonderland_fi is in talks to purchase liquid staking technology/team. $TIME

As proof of stake chains grow (and new ones launch every day), liquid staking becomes an even more critical base component to keep capital flowing while also maintaining democratisation of these chains.

We couldn’t possibly explain better than @Liscivia_honey_DAO how this benefits users of these L1 protocols and how it benefits the Frog Nation, and we encourage you to read their forum post and Twitter thread.

We won’t rehash the entire proposal here as there is already a lot of detail there.

Instead, we’ll highlight the most discussed points and respond to feedback. If you haven’t read the initial proposal or the DAO discussion, we’d encourage you to do so now – the community discussion has been super in-depth.

Reminding ourselves “why liquid staking” and “why Avalanche”:

Technical details of the project can be found in the original proposal in the DAO discussion. As requested, we’ve included a more detailed breakdown of the timeline we’ve been following and where we expect to go from here.

We’ve taken on board feedback regarding compensation from the discussion and especially want to thank @shrop_99_degen for their thoughtful engagement and counterproposal on this.

As a result of community feedback, we’d like to lay out a slower, more granular comp structure:

Overall, this amounts to less than 1% of the Wonderland treasury for delivering a fully fledged liquid staking solution for not just one, but two chains.

For comparison, Shard Labs were paid $12M in token grants to build Lido for Polygon, just one chain. The “payback time” at 5% market share is around 6 months. We think this is an incredible opportunity for Wonderland in nascent liquid staking markets where it’s still anyone’s game.

One question that came up often in discussion was around the 4 year time frame mentioned in the original proposal’s revenue share and the break clause, discussed further in this post.

It was never our intention to lock down the DAO for a long time, but rather to show that our incentives were aligned for the maintenance and improvement of the product for many years to come. As a result of feedback received, we’ve reduced the proposed revenue share:

To put it more simply (thanks to @NalXes for laying it out this way in the original discussion), this means that in the first year, the rewards paid out from our liquid staking protocol are:

We also hear your feedback about the break clause. We succeed or fail together, and we want our ongoing agreement to reflect this.

We’re pleased to have presented the first of what we hope are many proposals by teams eager to build with Wonderland to extend the reach of the Frog Nation.

We hope we’ve covered the points raised in the DAO discussion, and in the absence of more discussion points, we’re looking forward to moving to a vote.

edited to add: All my concerns were addressed in this proposal, compensation, time frame, etc… If Dani and Sifu are cool with the team, so am I. They have earned my trust. This is a GOOD deal. I hope everyone reads this and votes for it. Cheers.

10% protocol fee is too high. LIDO is going to be widdled down over time with their 10%. Marinade on Solana is 2%. Are we Frogs helping advance financial freedom for all or Suits seeking rent? 10% too high.

Where’s the Devs that can confirm the $3M development cost + $3M in performance targets is fair expense?

What is four years? They are proposing 15% rev share in year 3 and beyond for ongoing maintenance and improvements.

Great step forward from the discussion to phase 2 of the governance process.

The author has taken the feedback of the original discussion and amended the proposal in this RFC.

The updated compensation structure is more aligned with the community.
Revenue split has been reduced to the communities wishes.

The discussion around a multi year relationship has been cleared by showing that its purpose is for this dev team to continue maintenance and improvements of the product for years to come.

This RFC has my vote and I’m hoping that the community will see the value of tapping into the liquid staking economy.

Thanks @j_rana for listening to our feedback.

$6mm was my major issue previously, so I’m good with this. $1mm in upfront risk is acceptable IMO and have no issue with the subsequent $2mm upon completion.

It was never our intention to lock down the DAO for a long time, but rather to show that our incentives were aligned for the maintenance and improvement of the product for many years to come. As a result of feedback received, we’ve reduced the proposed revenue share:

I actually would prefer to keep you guys incentivized longer and at a more competitive rate; it would behoove the DAO to keep you guys innovating and improving the protocol, especially in the face of future competition. But I know the majority of comments thus far are focused on keeping a larger slice of the pie for themselves … I just hope that we can all think of how to future-proof this protocol.

We also hear your feedback about the break clause. We succeed or fail together, and we want our ongoing agreement to reflect this.

That’s fair. Now that you’ve re-structured the comp plan, I don’t see any reason for us to break clause. I’m fine with the break clause as how it was initially written. Also this should sufficiently protect you and your team in case we go rogue (I hope we don’t lol).

Thanks again @j_rana for listening to feedback and restructuring the comp & rev-share plan. I’m voting yes on this RFC.

It was never a lot of money for us, but I’m glad we made changes to better align both parties.

If this goes better than expected and we reach 10, 20% market share, i’ll be the first to submit a proposal to pay you guys out an additional bonus.

I’m honestly confused as to what you’re saying. The 4 years is not a contractual agreement that we will guarantee keeping them for that long (though I’m unsure how you separate the devs from the platform). The 4 years just details the amount we will pay the devs for services rendered for maintenance, improvements, upgrades, and support. That is what the revenue share is…their salary for working on the project.

I’m not sure what you would vote on after 1 year other than their share of the revenue. This “service fee” they are charging is actually lower than what Lido is paying their devs; they pay a flat 20% to maintain their platform. So it appears acceptable.

And I don’t understand your statement about Wonderland’s revenue model. This project fits that transition.

I think the modified proposal is a fair one and represents a good opportunity. I vote yes.

Sure we could reduce our take rate to compete with new protocols in the future, but if the product is crap, everyone will still go to the competing solution.

Thanks for listening to the feedback and modifying the agreement.
I am 100% behind this looking forward to see the project go live!

I suppose if there is a competing product. This proposed product would need to change for the new market.

Fellow Frogs. Please reconsider apeing into this vote. I am checking discord and I see many question marks popping above the average user.

The offer from @j_rana is very well written and structured, with a good reasoning process behind it. I have no reason to doubt his claims.
However, I would rather propose we do a call for proposal and invite different developer teams to submit their offers, then we compare the different offers instead of voting the conditions on just one team.

As such, we could let the different developer teams submit their proposals & conditions, and we as a DAO could discuss these offers and then cast a vote on the most fitting dev team. I personally think the amount is still too much. I do know developers in crypto are in high demand, but this is exceeding the limit by far. My main points and concerns are that the proposed developer team of @j_rana is anon/not doxxed. We are given no history of projects consequently.

We can set a layout for a proposal structure something along the lines of:

As a DAO, we should consider many options and not just one. I have build and constructed many projects and it has proven to be the best for me personally to invite offers and critically appraise them in a structured manner.

Thanks for your time, I vote to discuss more.

This is way better indeed, I really appreciate the $TIME that went into this reworked proposal, and especially the fact that they listened to what we had to say…
It is a definite LFG from me, Frogs!

@j_rana and team are doxxed to Sifu & Dani

Practically it’s not feasible at all, which is why I voted yes on this. It’s a small hit on our treasury (even smaller if they cannot complete dev work), and most of the monetary compensation & incentives is via comp plan and rev-share.

I am saying to open a call for proposals, say until the end of January, to all developer teams. If no one applies then we can go with j_ranas team after all.

You’re free to start that open call for proposals if that’s what you believe in. The community can then decide whether or not they want to move forward with it.

We can consider this going forward, though I don’t think the RFP method would necessarily work in DeFi like it does in traditional businesses.

In Defi, most devs will be anon. That’s just how it is. Consider Sifu and the rest of the Wonderland team. As stated before, they are doxxed to Sifu and Dani.

I think we can do better deals that are not platform dependent. Too many variants on this case.

This Is a great step forward from the original proposal, the success of both party’s is beneficial for everyone.