I would like to complete the proposal of “The Professor” 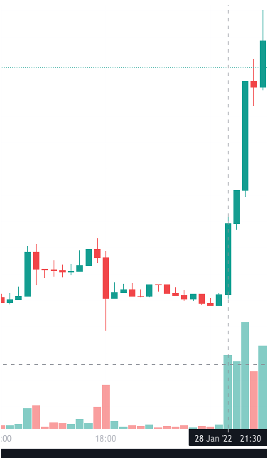 Wonderland: The Rise, Fall (and Comeback) of the world’s largest DAO.

Hello Wonderland family. You must be hurting right now with the events that have unfolded in the last few days. This post is intended to…

and propose some changes and fine tunes on it with an introduction of a mini game with P2E elements:

Also, to ensure a fair DAO governance we need to reimagine MEMO and wMEMO as following:

To participate in voting (governance), only the, directly from treasury, acquired wMEMO must be considered.

Wanna vote? Exchange your MEMO with wMEMO by using the treasury to keep your hodl streak intact. For this, we need a special front end.

If you sell your MEMO/ wMEMO, your hodl streak gets reset!

This mini game will benefit all of us:

Committed hodlers benefit from high revenue and a high APY

Just a fun, new and kinda addicting way to earn.

(We can get rid of TIME)

How much APY boost NFT´s are there?

This will encourage people to hold, and should give committed frogs more power over whales and suits.

2. Enable the use of revenue sharing for token holders and reduce the threshold for claiming it to 20 days, in comparison to what “the Professor” proposed (30d)

Thank you BIG TIME to “The Professor” for his massive, huge work in compiling all his visions to help all the frogs make WONDERLAND great again!!!

I really appreciated it as a community member

IMHO this is too complicated. If you want to regain trust with the investors you need to KIS (keep it simple)!

One whole wMEMO is WAY out of reach for many of the smaller frogs. Yet the whole “mini game/NFT” mechanic probably appeals most to a younger crowd with less tokens invested. I think you need to make the whole thing more accessible.

I agree with the APY yes
Baby steps keep it simple

Getting rid of Time no as you kill Wonderland this wasn’t made for NFT besides Time has very good listings.

ok. I will try to do a TLDR

You need to rethink main aspects.
1 Can’t get rid of Time as is got important listings Gate.io and Hotbit isn’t small thing in Crypto
You guys are idiots

2.I agree only with the APY idea.
You don’t mention about burning mechanisms and keep the APY sustainable.
1Wmemo is crazy, what did you smoke maybe you can leave the number of your dealer is good that shite isn’t?
No if someone would vote this would be No.
Is good idea but is a bit in a hurry.I think you need to reconsider few aspects

Maybe you guys have 1wmemo I kinda was sarcastic with my 1st reply yes I’m for keeping the APY and rebases finding solutions to tackle dilution by having burning mechanisms.
No buy backs no rage quit as who gambling why they’re entitled to any compensation?
Yes for professional team and for a serious Audit company.
Implementation of solutions.
Now sorry but proposals to boost APY for people who hold 1Wmemo is suspicious now scrapping Time this is Stupid.

and you still didn´t read carefully.

My bad yes we have 1 memo is ok but scrapping Time is a No it has good listings this mean a big loss . I’m for the APY Nft maybe yes but you take the trading off dude this is not on.
Do not fuck with Time this will backfire the exact purpose of this token is to trade it.
Consider giving more options
Ideally is a multitude of pools APY shared revenue different lock up periods
6months
12
16 etc
You cannot scrap Time no we need to have the coin listed in more exchanges.

I think ppl need to decide themselves if they wanna keep TIME or not.
Personally, I have no problem with TIME. But if you can replace TIME with MEMO, then why not

Ok maybe I’m idiot like 90%of people that are here lol look why do you want to scrap Time what benefits would be?
I got my APY and rebase in Time ok I don’t give a shit about dilution . Time is for be traded . Wmemo is intrinsic value . I don’t like Wmemo

Sorry, you’re right – I missed “or price equivalent of…”

Guys it’s nice to see things moving forward. But let’s keep it easy. Most of the people will get lost with such a complicated mech. Maybe a UI can simplify all of this but I am not sure.

And why’s that? Obviously because of all this. Idiots that sustain to scrap the Time with something else where is no need to.
Yes they’ll deslisting eventually but because of community actions.

 APY stays, but as a reward for longterm holders, in the form of 9 NFT´s

 First NFT gives you 1K APY boost and the next NFT´s go up by 10K, in steps

 These NFTs are only claimable from the front end of wonderland.money (needs to be developed) and will only work with the wallet that claimed them. Eligible are only holders of at least 1 MEMO or the PRICE EQUIVALENT in wMEMO

 To be considered as holder, you have to hold MEMO and wMEMO DIRECTLY FROM THE TREASURY. Your streak is tracked on chain. MEMO and wMEMO from other places are not considered, can however be exchanged through inverse bonds, in a 1:1 ratio
Wrapping of treasury MEMO to wMEMO and vice versa will not reset the hodl streak

 Voting is only possible with wMEMO that is DIRECTLY FROM TREASURY

 Selling or moving of your treasury sourced tokens will result in a reset of your hodl streak!

This topic was automatically closed 7 days after the last reply. New replies are no longer allowed.